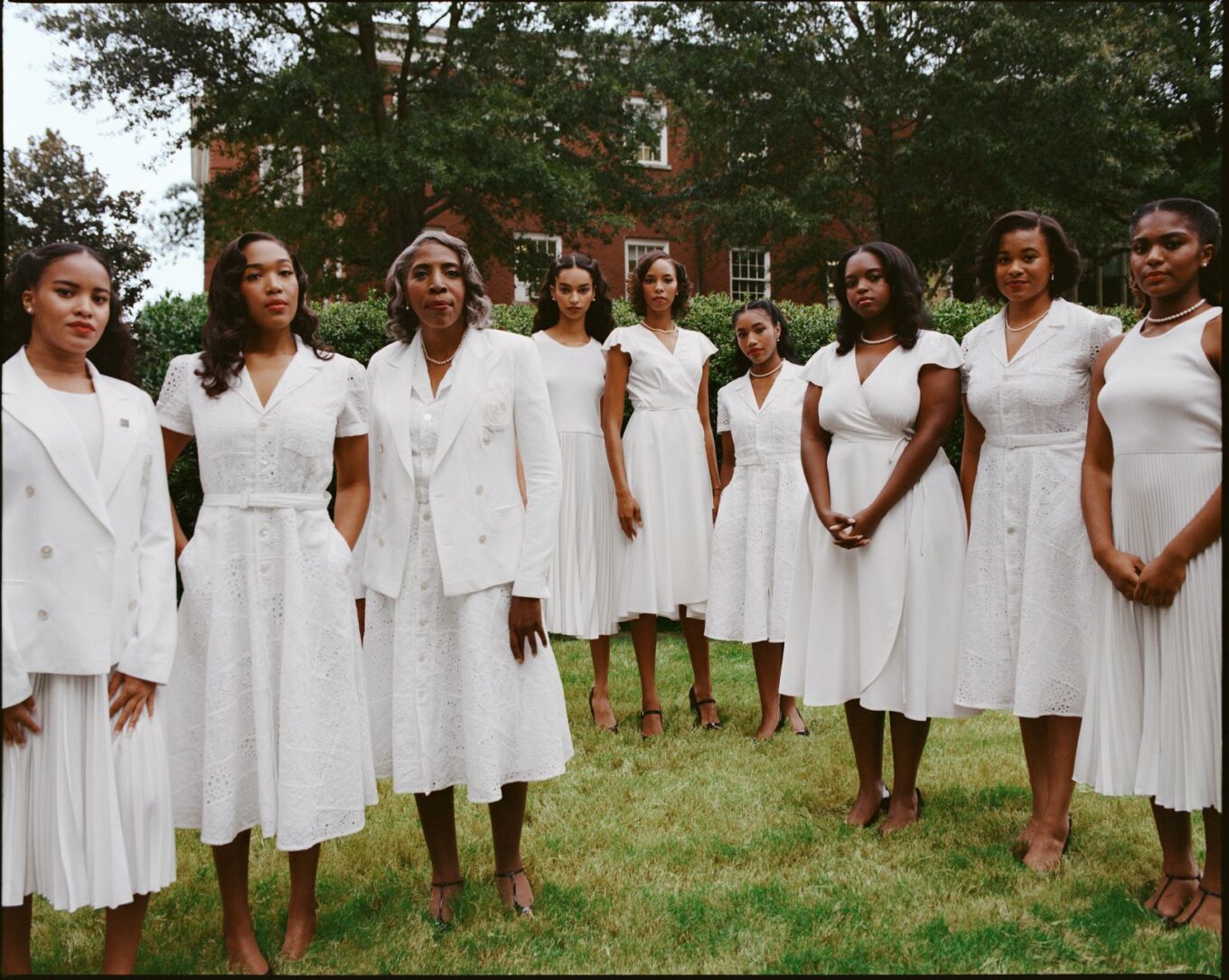 The capsule filters the brand’s long association with campus-inspired apparel through a refreshing new lens.

Two summers ago, when companies across the country were urged to reexamine their approaches to race, representation, and inclusivity at every level of operation, Ralph Lauren made a series of commitments. Many related to the brand’s recruitment process and the makeup of its leadership teams, to fostering dialogue and facilitating understanding — but one particular action step had more philosophical underpinnings. “We will examine how we portray the American Dream—in the stories we tell, the creators we champion, the faces we elevate, the families we hero, and the media partners we support,” wrote Lauren and Patrice Louvet, the president and CEO of the Ralph Lauren Corporation, in an open letter to their staff. In 2020, WASP-ish whiteness was no longer a suitable shorthand for American achievement.

In keeping with those ideas, last year the Ralph Lauren Corporate Foundation made a $2 million pledge to support scholarships for students at 12 historically Black colleges and universities across the country — and now, in an unprecedented creative collaboration, the brand presents the Polo Ralph Lauren Exclusively for Morehouse and Spelman Colleges Collection, due to arrive in stores and online later this month. Comprising suiting, knitwear, outerwear, dresses, footwear, and accessories, the capsule filters Ralph Lauren’s long association with campus-inspired apparel (or so-called “Ivy style”) through a refreshing new lens.

“This collection expresses the spirited history, deep sense of community, and legacy of timeless dressing at historically Black colleges and universities,” Lauren says. “It’s so much more than a portrayal of a collegiate design sensibility. It’s about sharing a more complete and authentic portrait of American style and of the American dream—ensuring stories of Black life and experiences are embedded in the inspiration and aspiration of our brand.”  (Numbered among Morehouse’s esteemed alumni are Martin Luther King, Jr. and Spike Lee; while Alice Walker and Stacey Abrams both attended Spelman.)

Imagery from the 1920s to 1950s informed the silhouettes — all rooted in Ralph Lauren’s classic tailoring—as did certain key pieces from both Atlanta schools: white patchwork eyelet and silk wrap dresses nod to Spelman’s annual white dress ceremony, while a wool flannel blazer riffs on the one that Morehouse men traditionally get as freshmen. “Historically Black colleges and universities have uniquely been centers of both intellectual discourse and cultural influence for more than 150 years,” says David A. Thomas, Ph.D., the president of Morehouse College. “The Morehouse partnership with Ralph Lauren intelligently, creatively, and boldly puts this intersection on full display.”

Adds Mary Schmidt Campbell, the president of Spelman College, “by sharing the early history of Spelman, as reflected in archival research, through clothing, the collection encourages conversations about the creative power of the Black experience.”

“As we designed this collection, we understood the gravity of it and the importance of it,” says James Jeter, the director of concept design and special projects at Ralph Lauren (and a 2013 Morehouse graduate) who spearheaded the project. “We delved passionately into every single detail of the design work: the fabrics, the labels, the buttons—all the way down to the last thread. Everything was considered and designed with intent.”

Nadine Ijewere lensed the smart accompanying campaign, mixing models like Aaliyah Hydes and Franciele Santos with current students, faculty, and alumni from both Morehouse and Spelman. Although Ralph Lauren has long featured Black models in its imagery — beginning with the likes of Naomi Campbell and Tyson Beckford in the 1990s — this marks the brand’s first campaign using exclusively Black talent both in front of the camera and behind the scenes.

It’s a fact not lost on Ijewere. “For me, the significance of this campaign is that we are the ones telling our stories,” the London-born photographer says. “We are the ones that are in control of the image that gets put out there and what we’re trying to say, what we’re trying to highlight.” In this case, it’s a story of American endeavor that isn’t told often enough — and a deeply compelling one, at that.

The Polo Ralph Lauren Exclusively for Morehouse and Spelman Colleges Collection is available to the public on March 29. Produced to coincide with the launch, a short film, “A Portrait of the American Dream,” premieres across Ralph Lauren’s social channels on March 28.

This article originally appeared on https://www.teenvogue.com/story/ralph-lauren-hbcu-collection-morehouse-spelman