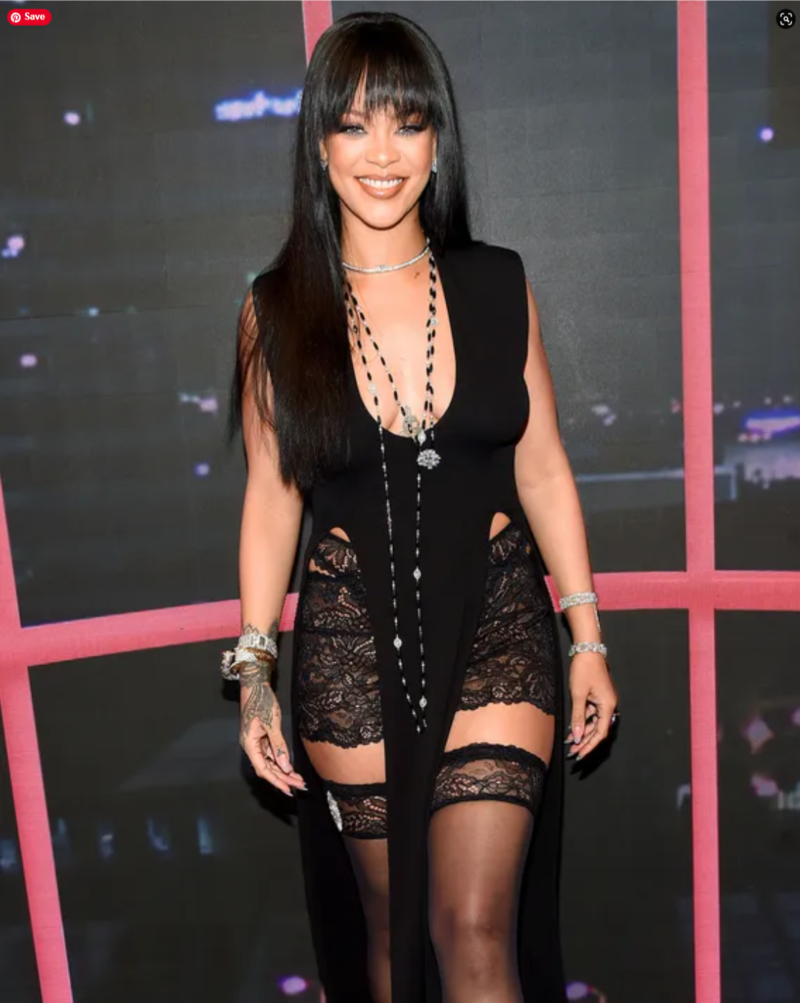 When Robyn Fenty, known to the world as Rihanna, launched Fenty Beauty in 2017, she sought to create a cosmetics company that made “women everywhere (feel) included.” A perhaps unintended consequence: The beauty line has helped her enter one of the world’s most exclusive ranks: Billionaire.

Rihanna is now worth $1.7 billion, Forbes estimates—making her the wealthiest female musician in the world and second only to Oprah Winfrey as the richest female entertainer. But it’s not her music that’s made her so wealthy. The bulk of her fortune (an estimated $1.4 billion) comes from the value of Fenty Beauty, of which Forbes can now confirm she owns 50%. Much of the rest lies in her stake in her lingerie company, Savage x Fenty, worth an estimated $270 million, and her earnings from her career as a chart-topping musician and actress.

While Barbados-born Rihanna isn’t the only celebrity to capitalize on her social media presence—she has 101 million followers on Instagram and 102.5 million on Twitter—to build a beauty brand, she is the most successful beauty entrepreneur to do so. Fenty Beauty, which is a 50-50 joint venture with French luxury goods conglomerate LVMH (run by Bernard Arnault, the world’s second-richest person), launched in 2017 with the goal of inclusivity. Its products come in a diverse range of colors—foundation is offered in 50 shades, including harder-to-find darker shades for women of color—and are modeled in its advertising by an equally diverse group of people.

Available online and at Sephora stores, which are also owned by LVMH, the products were an instant success. By 2018, its first full calendar year, the line was bringing in more than $550 million in annual revenues, according to LVMH, beating out other celebrity-founded brands like Kylie Jenner’s Kylie Cosmetics, Kim Kardashian West’s KKW Beauty and Jessica Alba’s Honest Co.

While cosmetics sales slowed during the pandemic, beauty companies are worth as much as ever. Stocks of larger beauty conglomerates like Estée Lauder and L’Oréal have bounced back, reaching all-time highs and trading at impressive 7.5 (or more) times annual revenues. Meanwhile, independent brands like Beautycounter and Charlotte Tilbury inked deals with investment firms earlier this year at billion-dollar valuations.

That is good news for Rihanna. Thanks to the impressive multiples at which beauty companies are trading, Fenty Beauty is worth a conservative $2.8 billion, Forbes estimates. And all signs point to the company continuing to grow. In its annual report for 2020, LVMH said Fenty Skin, which launched last year, was off to a “very promising start” and “generated unprecedented buzz,” and that Fenty Beauty “maintained its appeal as a premier makeup brand.”

Fenty Beauty isn’t Rihanna’s only billion-dollar brand. In February her lingerie line Savage x Fenty raised $115 million in funding at a $1 billion valuation. The company, which launched in 2018 as a joint venture with TechStyle Fashion Group, counts blue-chip investors like Jay-Z’s Marcy Venture Partners and private equity firm L. Catterton (in which Bernard Arnault is an investor) as shareholders. Rihanna maintains a 30% ownership stake, Forbes estimates. The latest round of funding will reportedly be used for customer acquisition and retail expansion.

Not that everything Rihanna touches turns to gold.  In February, LVMH and Rihanna confirmed in a statement to Forbes that they had shut down their other venture, a high-end fashion and accessories house also called Fenty. Launched in 2019, Fenty sought to extend Rihanna’s brand of inclusivity and offer styles in a range of sizes. But like many luxury fashion brands, the high-priced line suffered during the pandemic, releasing its last collection in November 2020.

The only complaint some fans may have about her career as a fashion and beauty mogul? It keeps her busy. The singer, who used to release an album almost every year, hasn’t released a new album since 2016’s Anti.

From a financial perspective, that may be just fine: “She is creating a brand outside of herself. It’s not just about Rihanna,” says consultant Coyne. “Even if you don’t like her music, she’s created a real style in the fashion and beauty space.”

Article from: Forbes.com by Madeline Berg